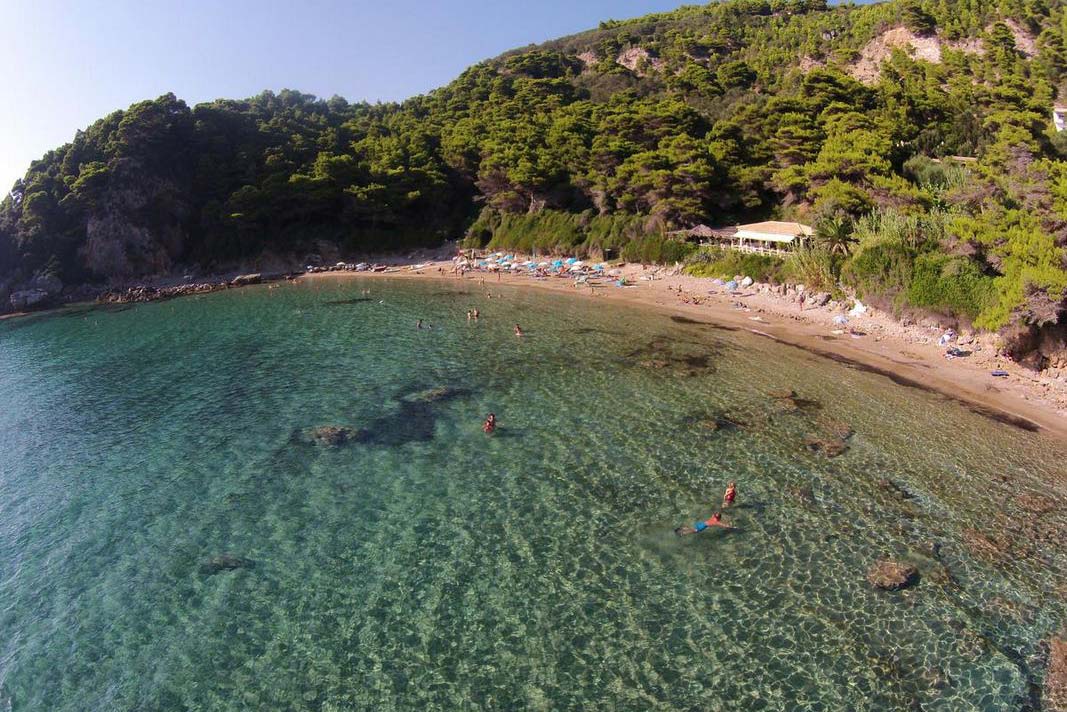 Between Pelekas Beach and Agios Gordis, Yaliscari is a small, sheltered sandy beach with pine trees growing right down to the water's edge. Two tavernas provide refreshment and local wine. 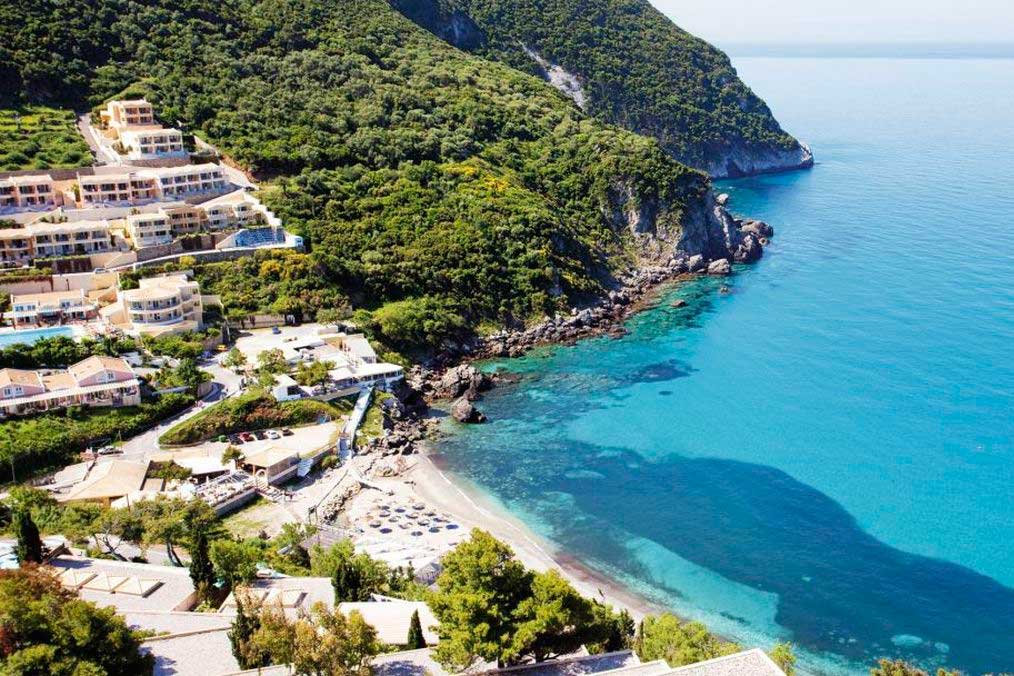 Ermones
Occupying a small and picturesque west coast bay, surrounded by steep wooded hillsides and sheer cliffs, Ermones is one of the locations mooted as the spot where the shipwrecked Odysseus was washed ashore near the end of his epic journey. Of limited size but adequate for this small resort, the beach is made up of coarse sand and pebbles. The water deepens quickly and sometimes becomes murky. Two tavernas and a beach bar sit near the seashore.
View More 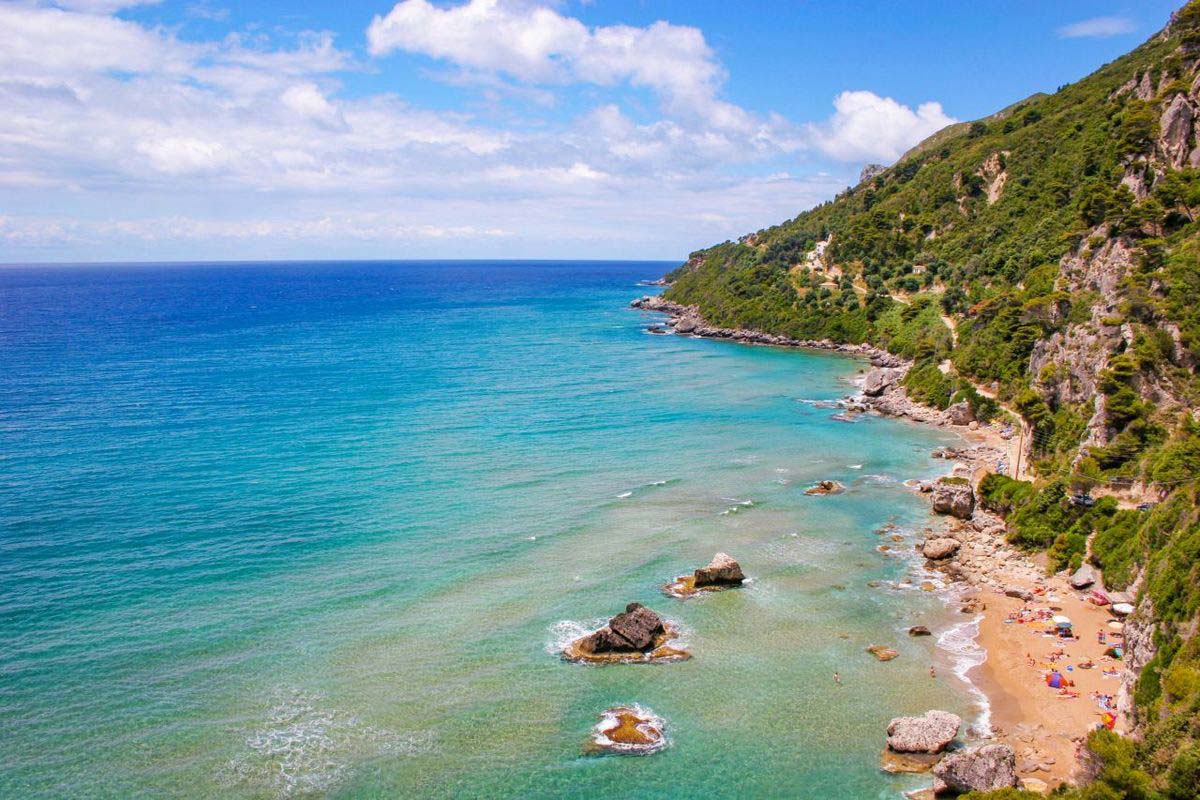 Mirtiotissa
The writer Lawrence Durrell described Myrtiotissa as "the loveliest beach in the world" and few would dissent. The beach of fine golden sand extends at the foot of a sheer cliff covered in pines and other shrubs, and is reached by way of an acutely steep concrete lane - most people park at the top, near a taverna, and walk down. The poor access keeps development at bay, and only one rustic taverna sits near the beach itself. The southern end of the beach, sheltered from view by rocks, is unofficially designated for nudists only. From the northern end, a few minute's walk takes you to a monastery, dedicated to the Virgin of the Myrtles, giving the beach its name.
View More 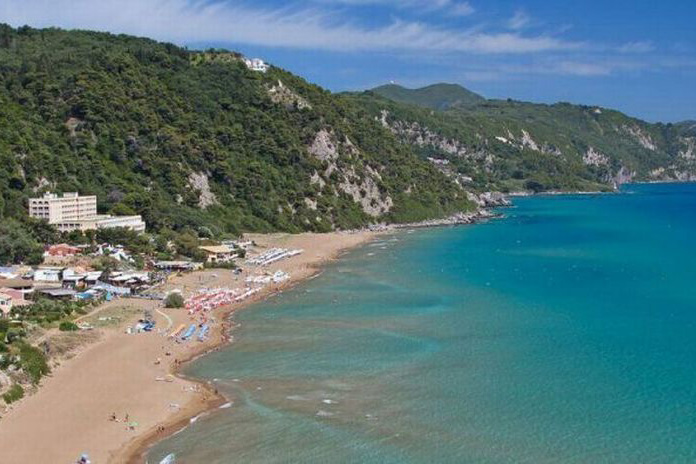 Glyfada
Greeks often vote Glyfada as a national favorite for summer vacations, and on descending the steep approach road towards the huge beach of fine golden sand you understand why. The beach is highly organized with a profusion of sun beds and funky beach bars. Beachside tavernas nestle between the sand and the swathe of trees that supply shade if you wish to find it. Active visitors will find plenty of watersports, but swimmers should beware of sometimes-rough seas and a strong undertow.
View More 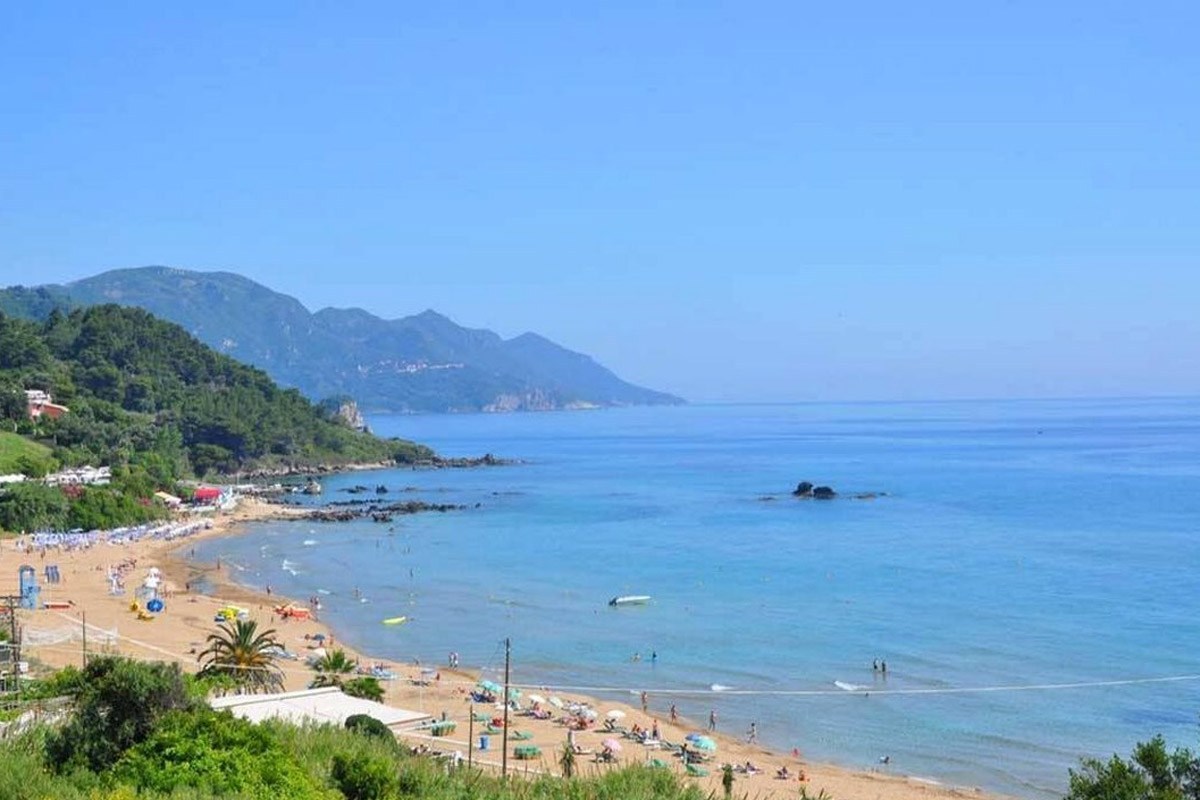 Kontogialos
Nearest to the village is the beach of Kontogialos, with its golden sand gently sloping into the sea. There are four tavernas along the beach and a new hotel behind it. The beach can be accessed by one of three roads and there is adequate parking at the northern end. Although not the "hippy paradise" it was in the '70s and '80s, outside the high season in August it is still a quiet and beautiful spot. As at Glyfada the beach is monitored by lifeguards and a warning flag system is in operation - strong undertow currents can make swimming hazardous at times.
View More
This site uses cookies: Find out more.